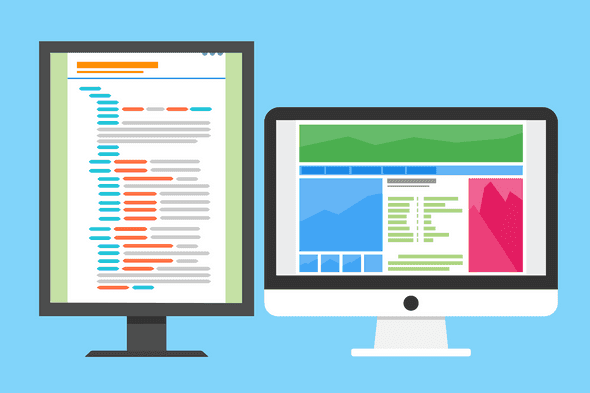 On this blog post, I am going to talk about the top 3 programming languages you should learn in 2020 if you are looking for your first job as a software developer.

In fact, I will suggest my top 3 under this list based on my experience and the trends I ‘ve noticed around the UK, with a final caveat in the end.

First as no surprise the list of the tree programming languages I choose and then we going to talk one by one and why I have chosen it.

Python is the most wanted programming languages following the StackOverflow 2019 survey.

The python developer makes on average $120.000 dollars per year following Indeed survey. StackOverflow also shows it as top 1 most liked languages and it is getting more and more popular every year.

As you can see on the most wanted languages. 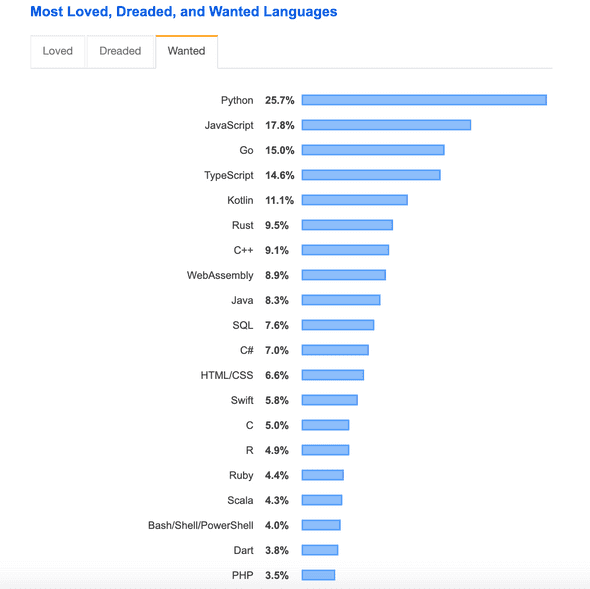 Python also is been heavily adopted to taught students in universities and colleges because it has a simpler syntax. Commonly used for researchers and PhD students It has more jobs than never before and still growing.

JavaScript is the most popular programming language following stack overflow 2019 survey, and it is famous for running in the client (FrontEnd) and also in the server-side with Node.js.

JavaScript is recognised as the language of the web and has impressive adoption with the largest community in the StackOverflow.

It is the absolute king of the frontend development and has impressive popular frameworks such as React, Vue and Angular. Reaching millions of downloads every week.

You also can use JS to build Backend services using Node.js, which makes JS one of the best multi-purpose language for web development.

You also can build mobile App’s using React Native, Cordova, Ionic and others.

You can build Windows, Mac OS App’s using Electron that was used to build famous App’s such Slack.

It is the only language that helps you efficiently to build a full-stack application with backend, frontend and mobile app using the same language, which is extremely powerful for companies making it one of the most desired skills to have for a software developer.

As you can see on the most popular languages. 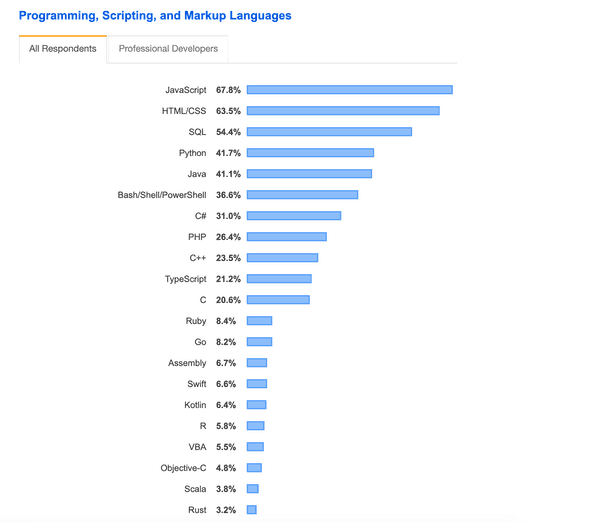 The multi-purpose language from Microsoft is one of the most popular languages of all time.

C# with Java make the most appearances on corporations because it is reliable and has a huge community.

The syntax remembers Java but has more elegance in my particular opinion. With tons of os verbalised methods and built-in features.

The syntax is very understandable and I would suggest learning C-SHARP for those which have a passion for gaming development It is heavily adopted by the Unity framework. C# also is very adopted for those building Windows Software and application using .net

.Net core was open-sourced and now also have support for Linux, so you can build Apps with a completely free framework.

If you are looking to get your first job into programming using this curated list to helping you choose your main programming language keep in mind that this list is based on my experience and also could vary depending on where you are in the world.

That been said I believe those are the best technologies for beginners, and those programming languages are extremely valuable for having under your belt.

My first language was c# which helped to learn about OOP and MVC, but as the time went by I migrate to use primarily JavaScript and TypeScript.

I would suggest you make your research before deciding to learn many languages but feel free to contact me if you have any question.

Last but not least I would like to say that I believe two main trends are going up for the next years, Rust as system development language and Flutter with Dart making a strong move for the future of mobile development under the cross-platform world.

As you can see on the most loved languages. 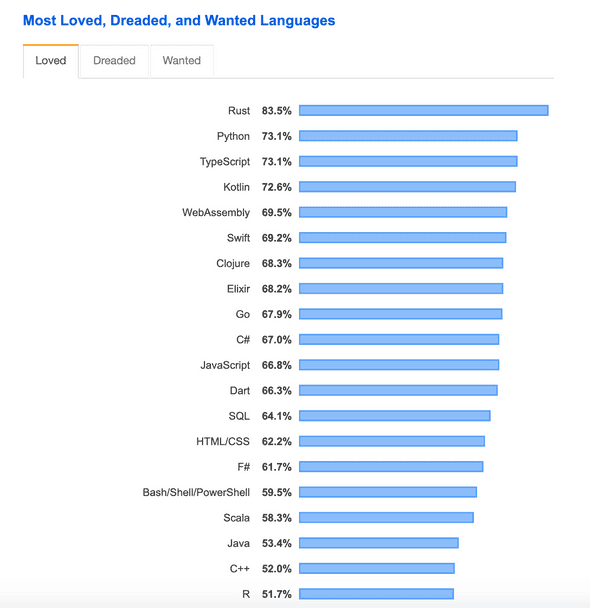 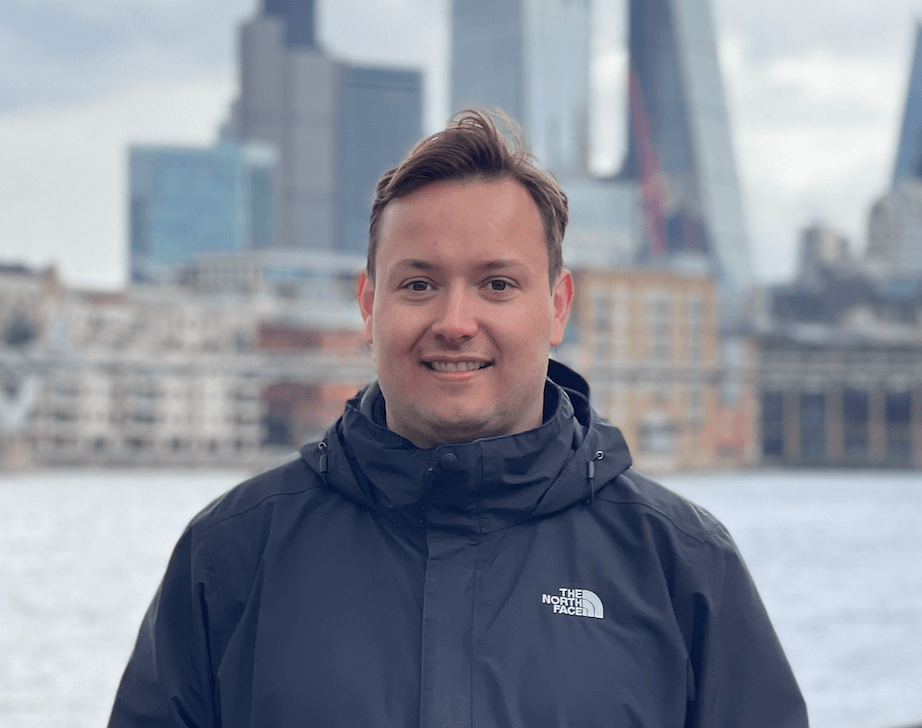 A tech blog by Jean Rauwers